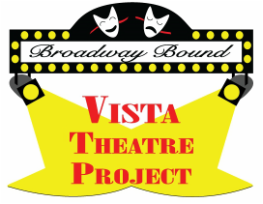 Music by Charles Strouse, Lyrics by Martin Charnin, Book by Thomas Meehan
Auditions will be held at the Broadway Bound Studios, 1315-C Gadsden Street in Columbia on...
Sunday, February 12 @ 1:30 p.m.
Monday, February 13 @ 6:00 p.m.
(AS RECOMMENDED BY DHEC AND THE CDC,
ALL PERSONS ENTERING THE BROADWAY BOUND STUDIOS MUST WEAR A FACE MASK.)

All the ingredients that made Annie so successful are here once again in Annie Warbucks, with an old-fashioned romance thrown in for good measure! Tony Award winners Thomas Meehan, Charles Strouse and Martin Charnin return with all-new laughs, romance and unforgettable songs. The action picks up right where Annie leaves off, when the New York City Child Welfare Commissioner arrives on the scene to inform Daddy Warbucks that he must marry within 60 days so that the newly adopted Annie can have a proper mother. But is it a government regulation or a plot to steal his fortune?!

Auditions are open to males and females age 5 to adult.  Blind casting is possible for some roles.

Everyone must prepare up to 16 bars of a song that best showcases their voice (quality, range, etc.).
Karaoke CDs are acceptable. (No vocals allowed on CD.)
No a cappella vocal auditions.
Everyone will be vocalized.
(An audition track that can be used is provided below. It is not required for anyone to audition with this selection. It is only provided as an option.)

Everyone should come dressed to move with appropriate shoes.

Be prepared to list any conflicts with evening, weekend and daytime rehearsals from March 1 through July 16.
Rehearsals will not be held every day, but this information will help us schedule rehearsals around cast members' existing conflicts.
(No conflicts will be accepted July 17-30.)

There is no fee to audition for Annie Warbucks. Those individuals who are cast in the production will not have to pay any type of participation or class fee.
OPTIONAL AUDITION TRACK
All dolled up,
All dolled up,
Look at me, I'm all dolled up.

Have you ever seen such a beautiful creature?
If you treat me right maybe later I'll meet ya --
After the party!

All dolled up
Just for you
Baby, you better be dolled up too.