Leading the BBVTP's cast as Maria was Hannah Mount, who grew up on local stages before leaving the Capital City for New York, where she earned her B.F.A. in Musical Theatre from the Molloy University / CAP21 program on Long Island and was immediately tapped as one of "Broadway's Rising Stars," a national showcase that introduces New York audiences to the next generation of up-and-coming talent as chosen by a panel of discerning judges from among the most outstanding new graduates from schools such as Circle in the Square, NYU’s Tisch School of the Arts, and CAP21, to name a few. Since that splashy introduction, she has stayed busy as a performer, musician, and musical director, most recently playing the title role in the New York City Children's Theatre production of Dory Fantasmagory for audiences that included such "Broadway parents" as Tony-winner Audra McDonald and being named one of "5 Things to Do This Weekend" by the New York Times during the show’s run. ("Watching Hannah Mount portray a creative 6-year-old...is one of the many pleasures of Dory Fantasmagory," wrote Laurel Graeber of the Times.)

With music by Richard Rodgers, lyrics by Oscar Hammerstein II, book by Howard Lindsay and Russel Crouse, and suggested by The Trapp Family Singers by Maria Augusta Trapp, this final collaboration of Rodgers & Hammerstein features a trove of cherished songs, including "Climb Ev'ry Mountain," "My Favorite Things," "Do Re Mi," "Sixteen Going on Seventeen" and the title number.

The inspirational story follows a high-spirited postulant who serves as governess to the seven children of the imperious Captain von Trapp, bringing music and joy to the household.  But as the forces of Nazism take hold of Austria, Maria and the entire von Trapp family must make a difficult decision.

The Sound of Music was directed and choreographed by Dedra Daniels Mount, with musical direction by Michael Simmons.  Costumes were by Dianne Palmer-Quay.
​
A silent auction of Sound of Music collectibles was held throughout the run of the show as a fundraiser for the BBVTP, a non-profit community-based musical and dramatic performing arts organization created to present quality family entertainment and to provide opportunities for children and adults to develop talents in all aspects of theatre arts.

The Sound of Music was sponsored by Ken & Cheryl Wheat.

The Sound of Music was presented by arrangement with Concord Theatricals on behalf of The Rodgers & Hammerstein Organization. www.concordtheatricals.com.​
Click the photos below to view a larger image. 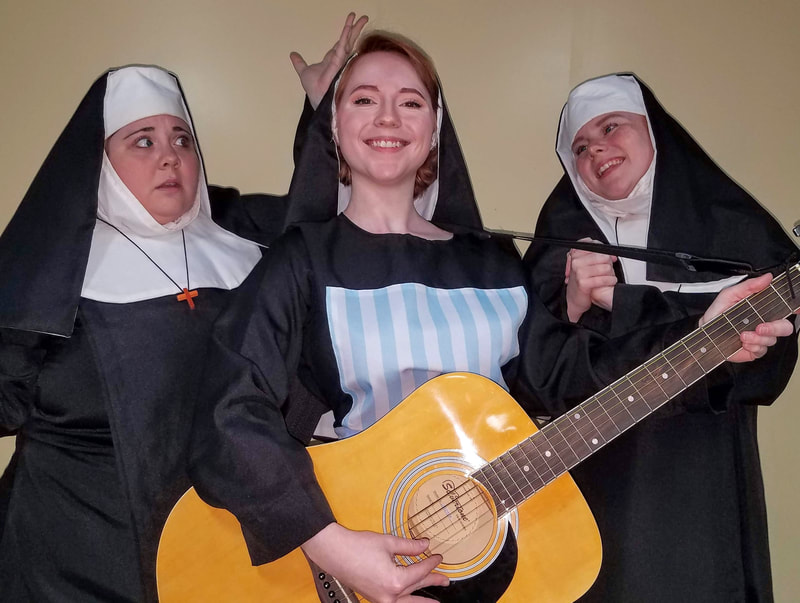